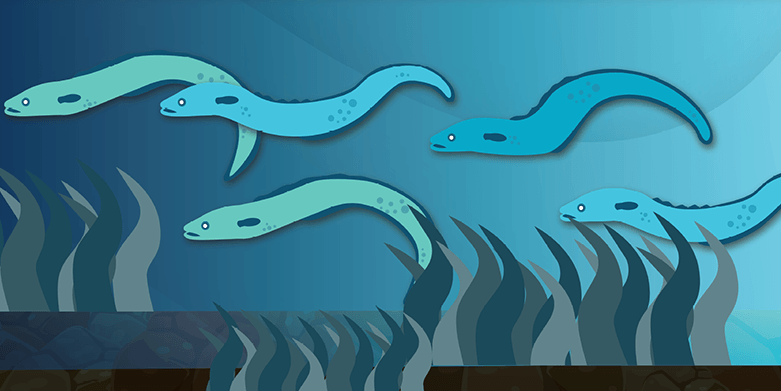 Once the dominant fish species in the Ottawa River, the population of American eels has been decimated. In a span of only 30 years, the population has fallen almost 99% in Ontario. The numbers of eels in Ontario have been reduced so dramatically that they were already considered endangered when the Endangered Species Act came into effect in 2008.

The American eel is an essential component in the health of its aquatic ecosystem both as predators and as a source of food; as a top predator, the American eel helps keep other fish species’ populations in check, including invasive species such as the goby. The American eel is also sacred to the Algonquin people and has been an essential part of their culture for thousands of years. “Kichisippi Pimisi” is a provider of nourishment, medicine, and spiritual inspiration, considered a prayer-carrier of the waters due to its widespread travels through salt and fresh waters. The eel was a prime source of nutrition for the Algonquins during their travels and kept them from starvation during harsh winters.

The drastic reduction in the population of the American eel has been attributed to a number of factors, including harvesting practices, and habitat contamination and destruction. Most recently, the main contributor has been hydroelectric generating stations as the dams and turbines block migration.

American eels are a catadromous fish. Their life begins and ends in salt water in the Sargasso Sea, but they spend most of their life in freshwater lakes and rivers maturing before returning to the sea to spawn. Once the eggs hatch they begin their migration north to freshwater. When they reach the St. Lawrence River, they change into transparent, needle-shaped fish called glass eels, or elvers. As the elvers continue their upstream migration, they often run into man-made barriers such as hydroelectric dams preventing them from reaching natural habitats to mature in. The eels that survive the upstream migration live upstream for about 20 years, until they mature and begin their downstream journey back to the Sargasso Sea to spawn. The downstream migration often results in turbine mortality as the eels attempt to swim through hydroelectric facilities and cannot survive. 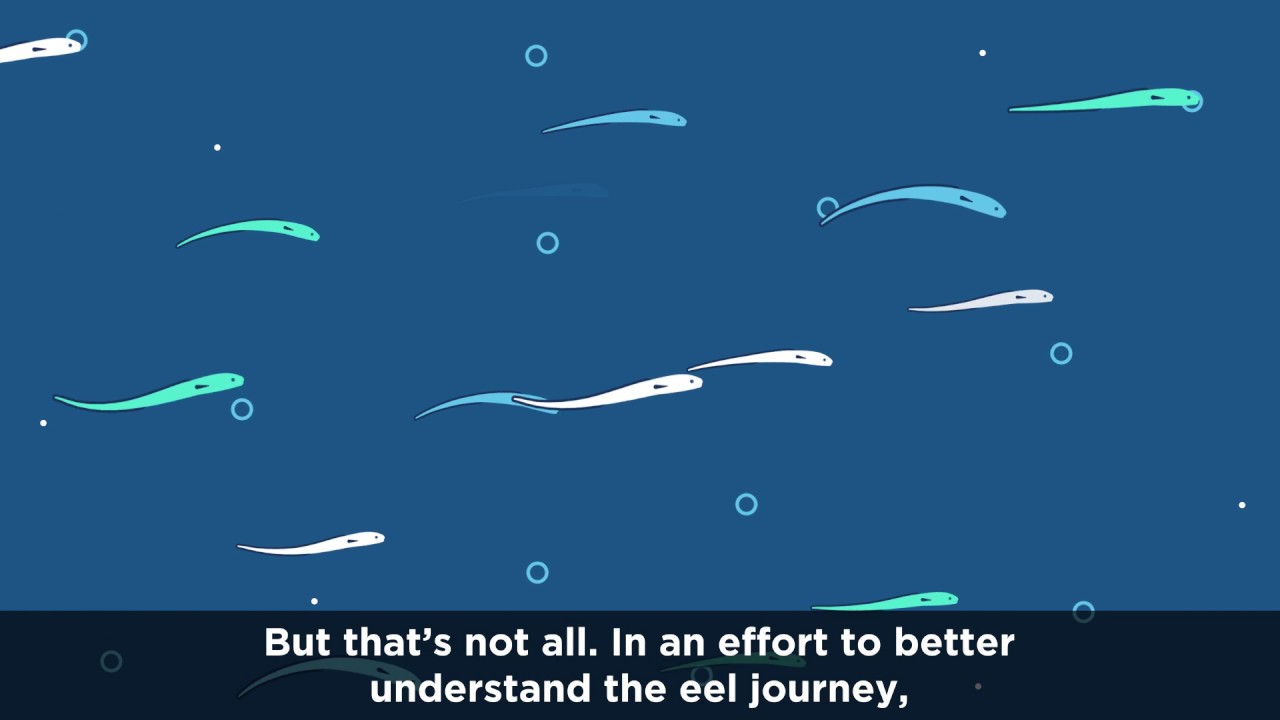 Portage Power has made all efforts to provide safe passage both up and down the Ottawa River at Chaudière Falls, in order to help address the mortality due to hydroelectric facilities. At the new Chaudière Falls Powerhouse, an eel ladder has been installed on the upstream side, allowing the eels to safely bypass the facility. American eels can absorb oxygen through their skin as well as through their gills, allowing them to travel briefly over wet grass or mud. An eel ladder is a series of chutes that zigzag up the dam allowing eels to safely migrate over the powerhouse. This will allow the eels to continue their upstream migration to their traditional habitats. Once the eels have matured and begin their return voyage to the Sargasso Sea, they will once again pass through Chaudière Falls. During the migration season, Portage Power installs a fine spaced rack to ensure they do not enter the generating station. At this point the water is moving slowly enough that the screens do not hurt the eels or other fish, but allow them to manoeuver to the bypass channels. Two bypass channels have been installed that will facilitate the eels on their downstream migration. They begin at the top and bottom of the intake channel allowing the eels and other fish to bypass the generating station and continue their migration.

Within this bypass, a special system has been set up with cameras linked to special software. Together, they are able to log how many and which species pass through the bypass channel. The data will then be shared with the Department of Fisheries and Oceans and used for scientific studies. With all of this new technology, the eel survival rate is expected to climb to 99.3%.

Check Out Our Podcast 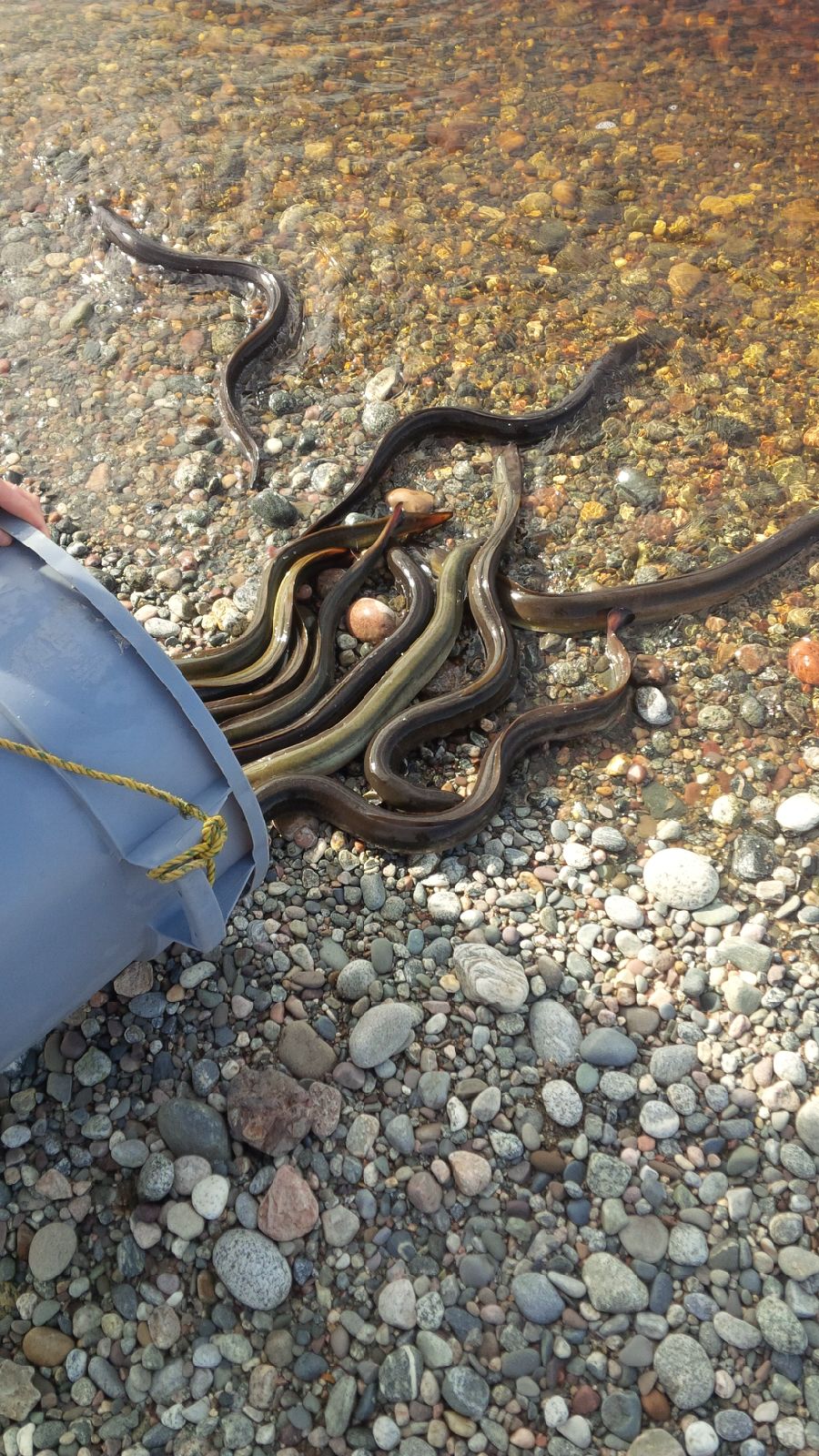 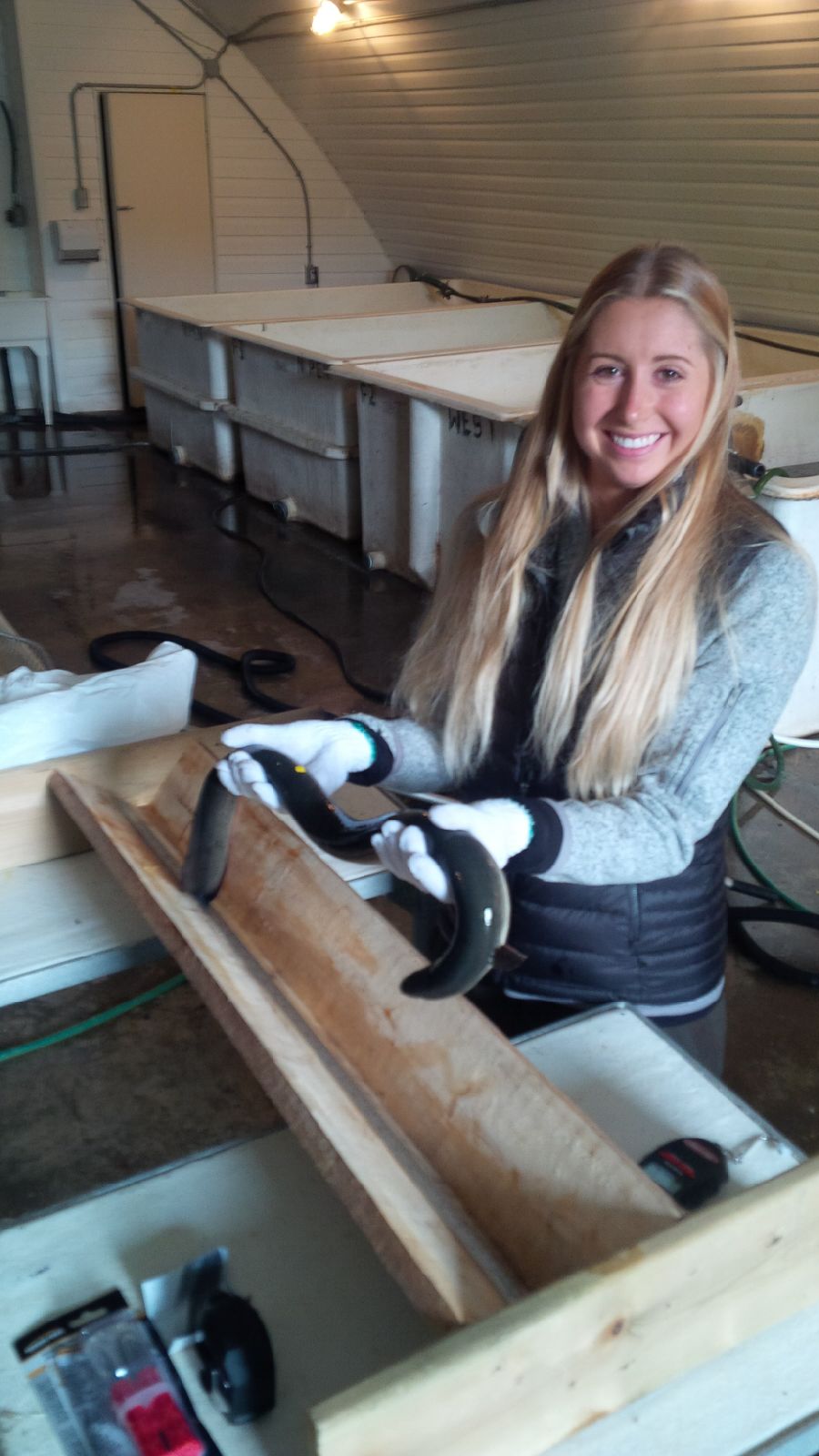 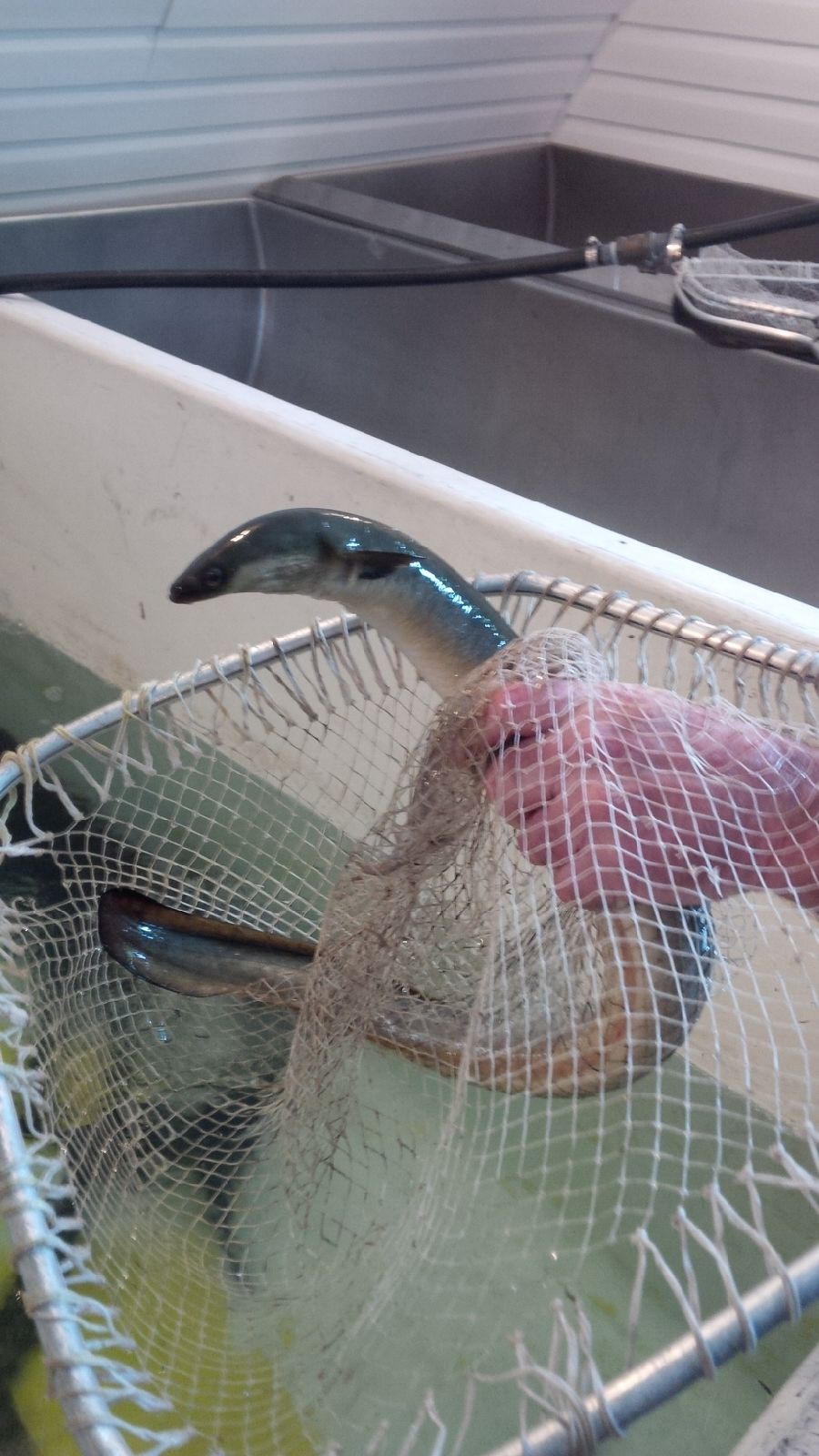