We own and operate 100 per cent of the hydroelectric facilities at the Chaudière Falls site on both sides of the Ottawa River, including the Ring Dam. Located a short distance from Parliament Hill, the combined output of these six stations is 84.6 MW.

Located on Chaudière Island in the Ottawa River, this state-of-the-art facility is Portage Power’s largest producer of clean, renewable hydroelectricity at an output of 29 MW.

Energized in 2017, the new powerhouse is built entirely below ground in an effort to open up the space to the public and avoid blocking the natural beauty of the area. The new powerhouse features four turbines which harness the power of the Ottawa River to generate enough clean energy to power 20,000 homes and reduce carbon dioxide emissions by about 115,000 tonnes each year. 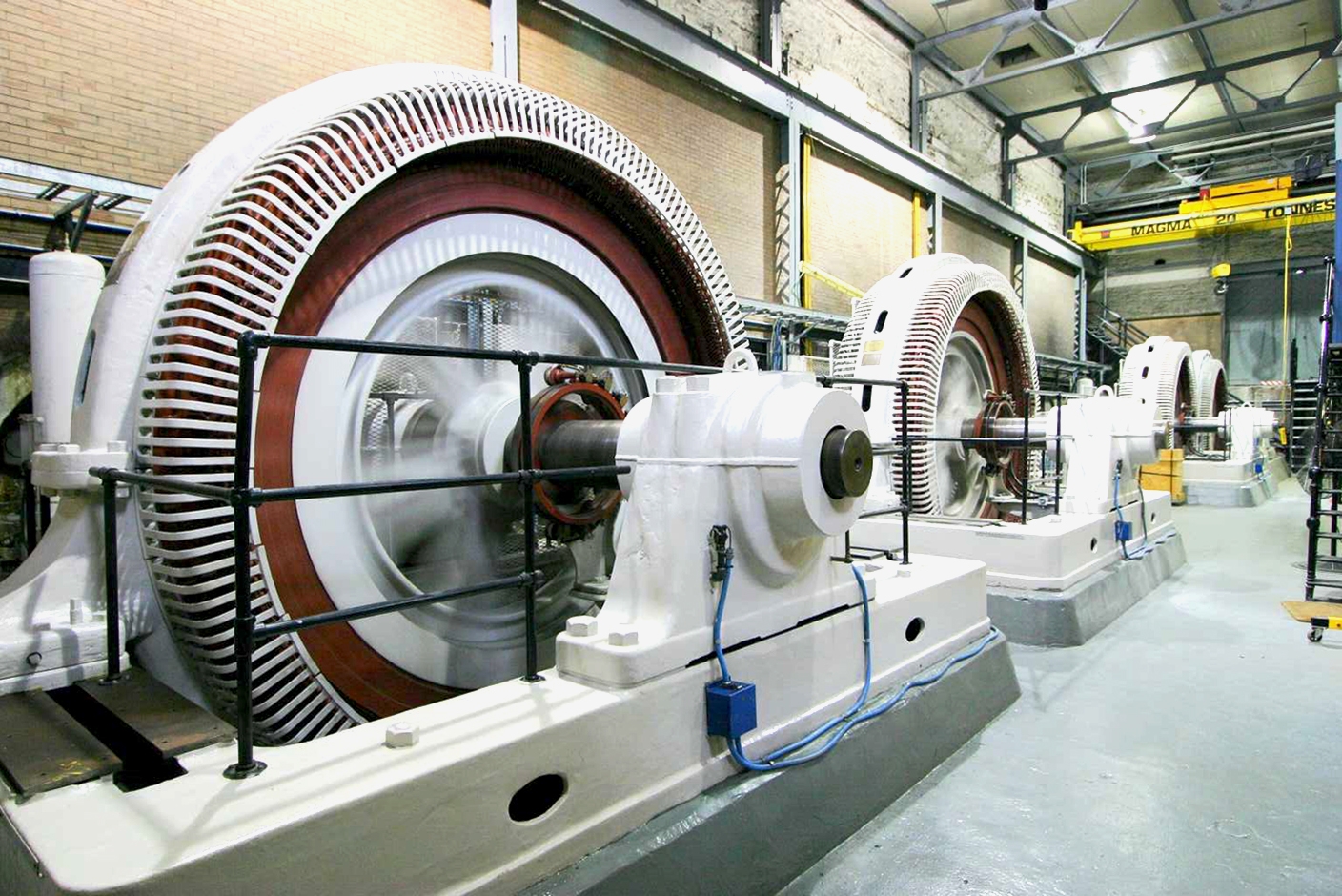 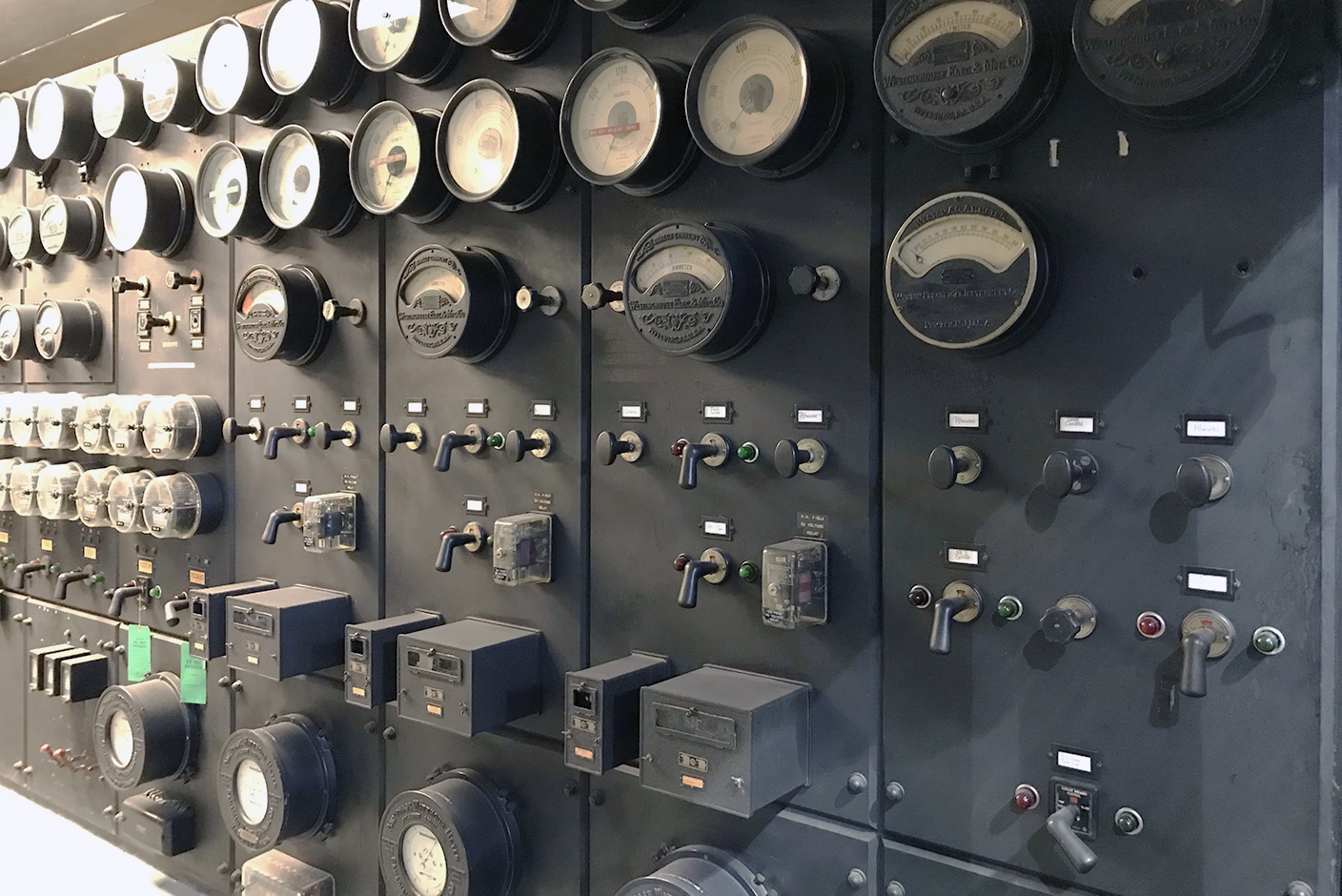 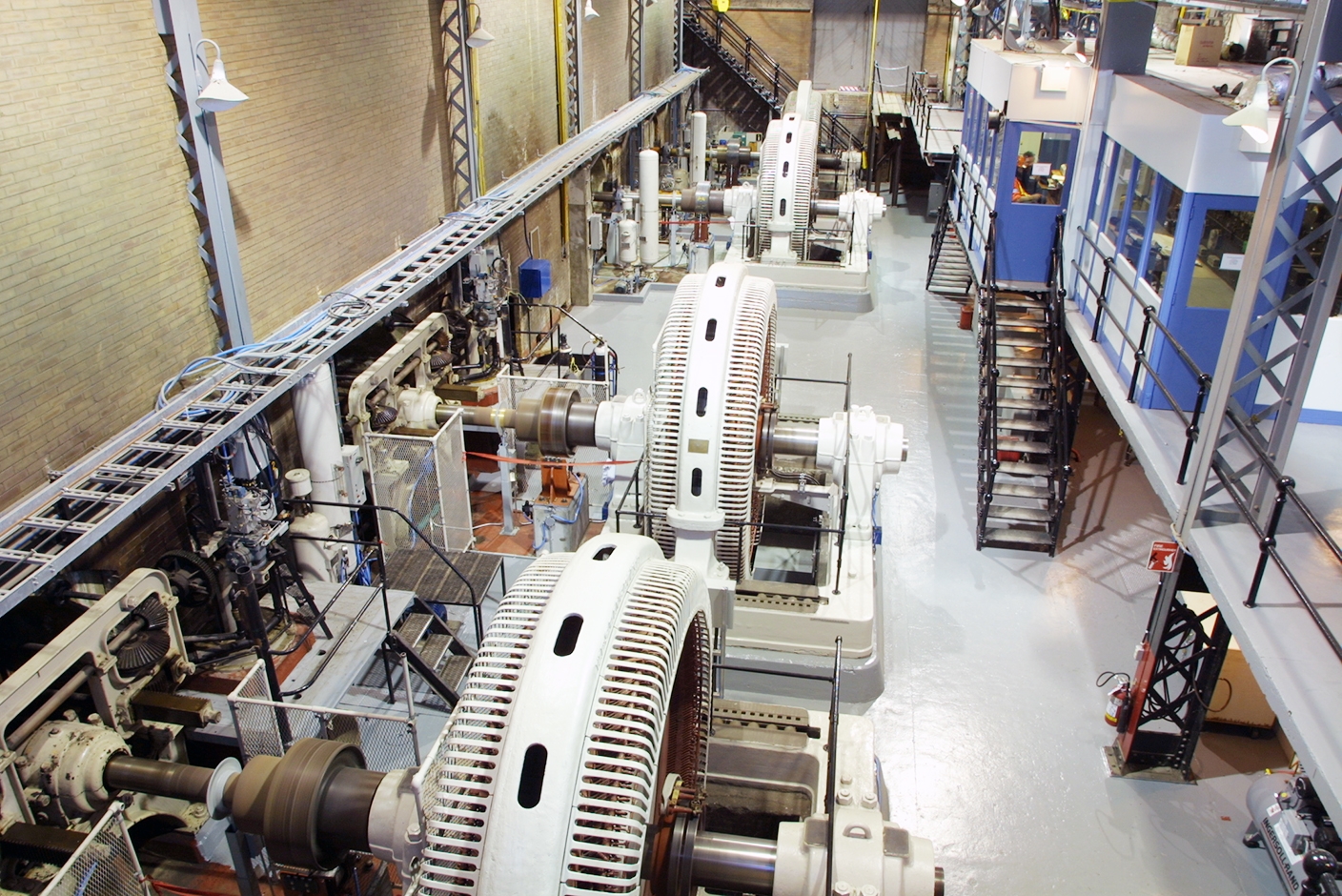 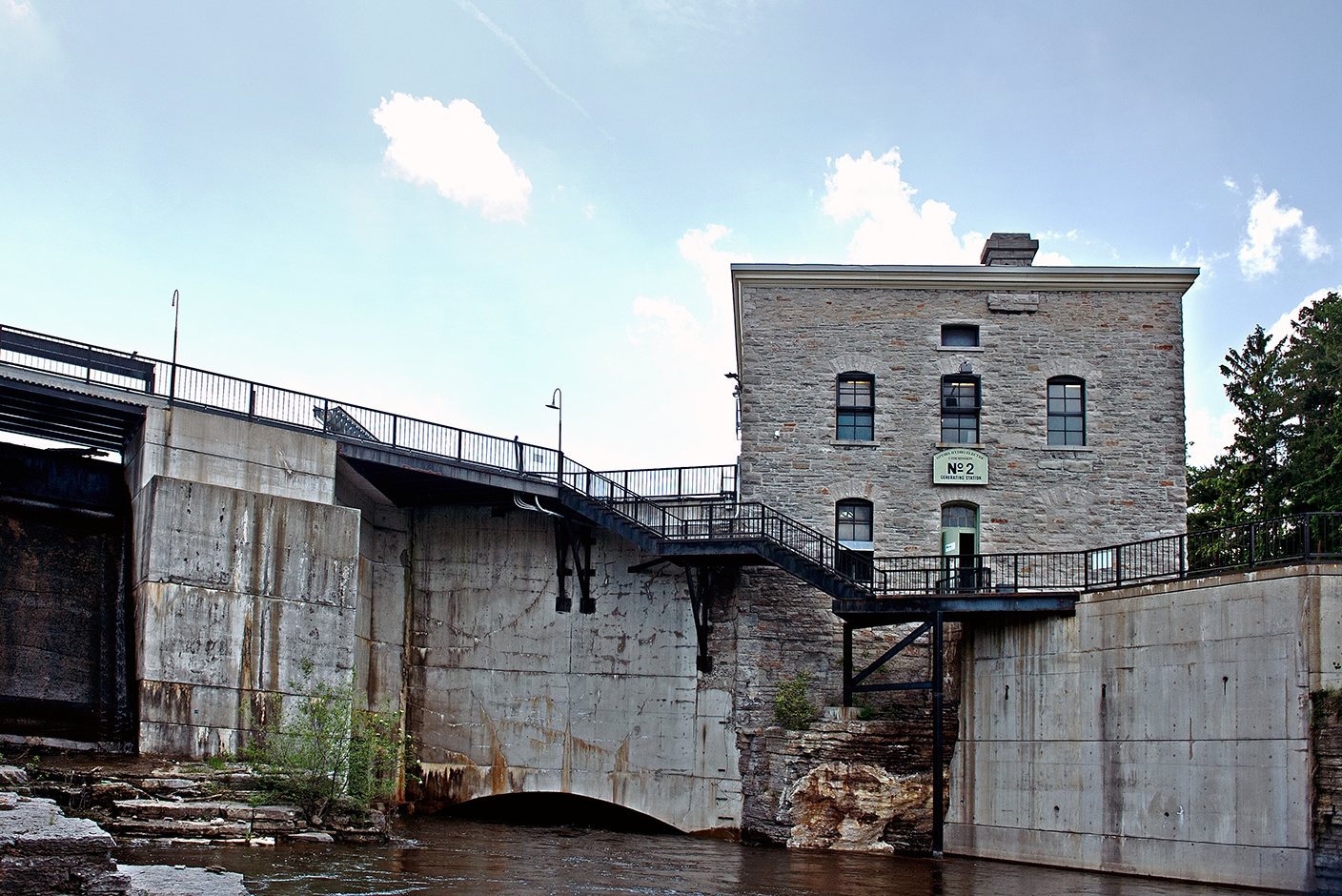 Commissioned by E.H. Bronson in 1891 during the lumber boom, Generating Station No. 2 (GS2) is situated on Victoria Island. GS2 is Canada’s oldest surviving hydroelectric facility still in operation.

When it first opened, GS2 consisted of three units with a total installed capacity of 5 MW. The station was completely refurbished in 2001 with all generators being rewound, turbines replaced and a state-of-the-art automated monitoring system installed. However, all of the heritage elements of the station were preserved, including the original dials and switches, leaving the equipment looking the same as it did over 100 years ago. These improvements increased energy output by 64 per cent to 8 MW.

Commissioned in 1900, GS4 originally consisted of two units with total installed capacity of 7 MW. Similar to GS2, it faced many of the same aging equipment issues and was completely rebuilt and expanded in 2005, increasing capacity from 7 to 8 MW. The refurbishment means that the station now achieves the most efficient use of water resources, has reduced maintenance costs and improved reliability and safety. 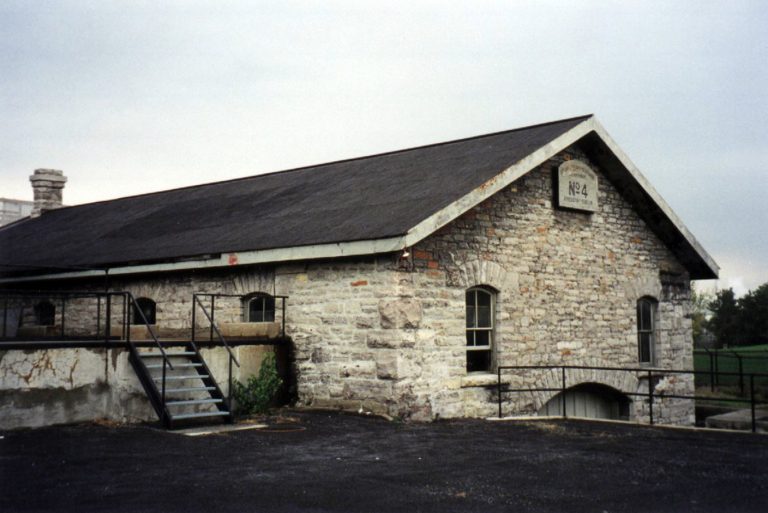 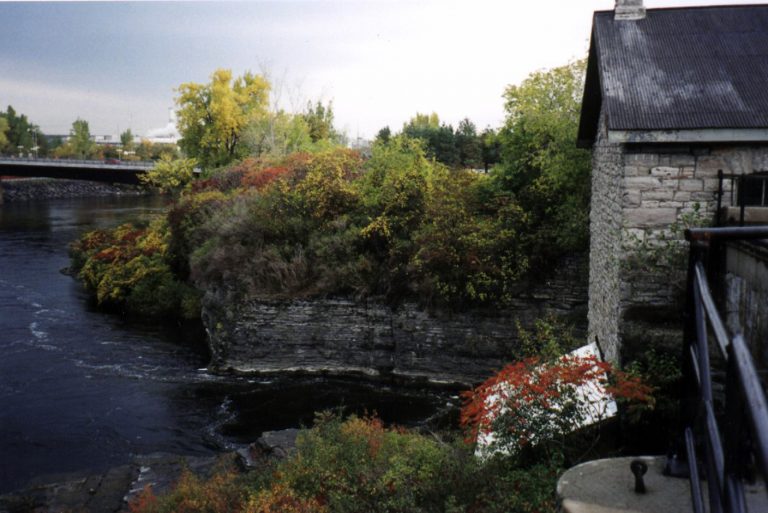 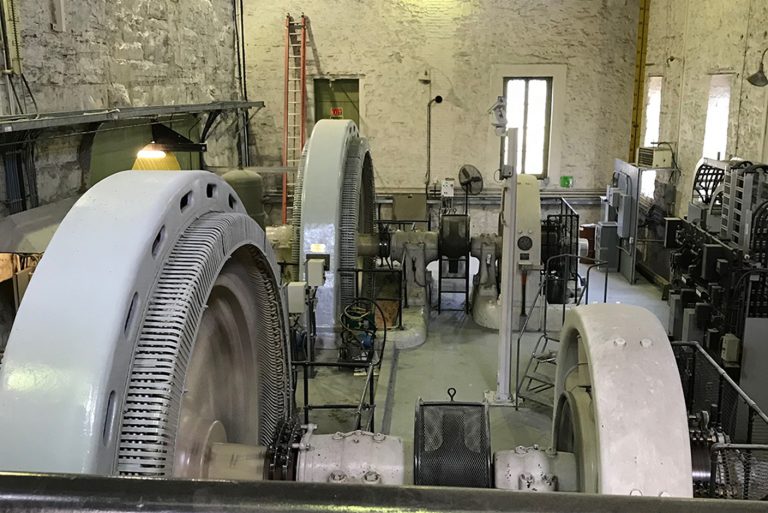 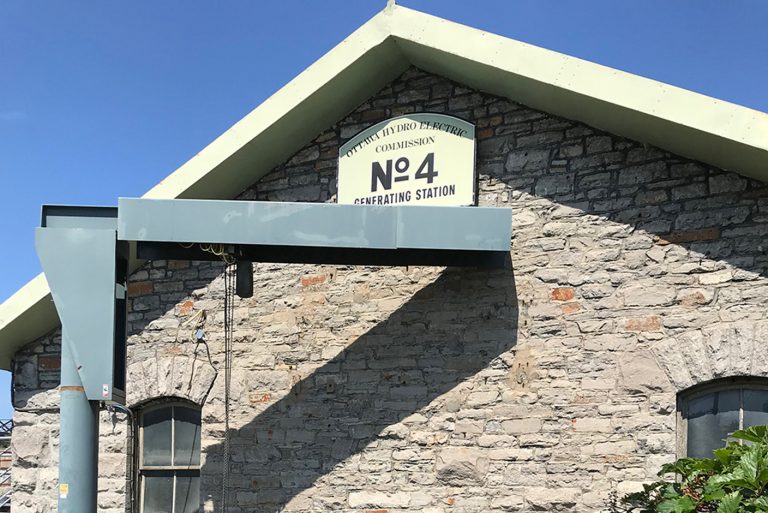 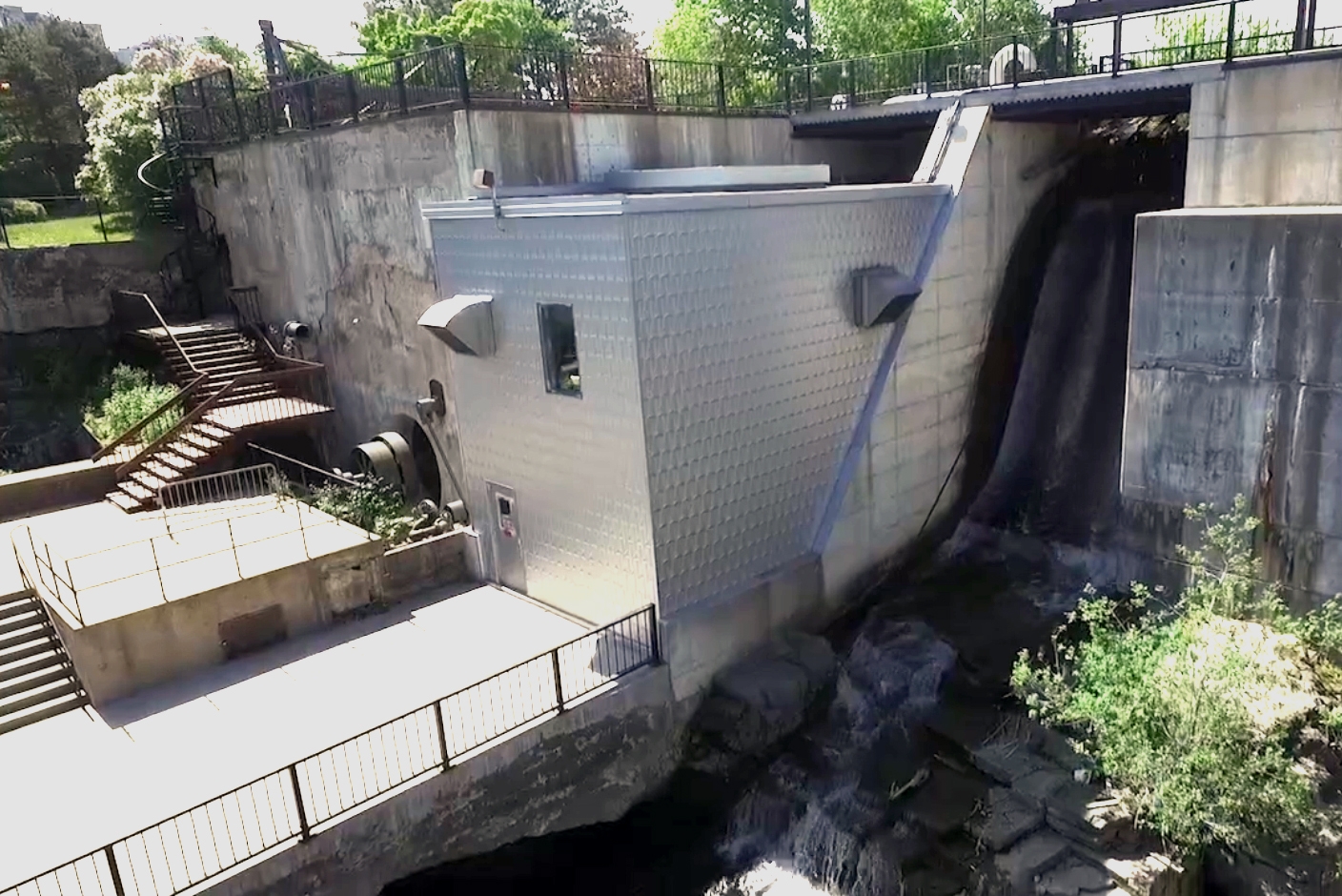 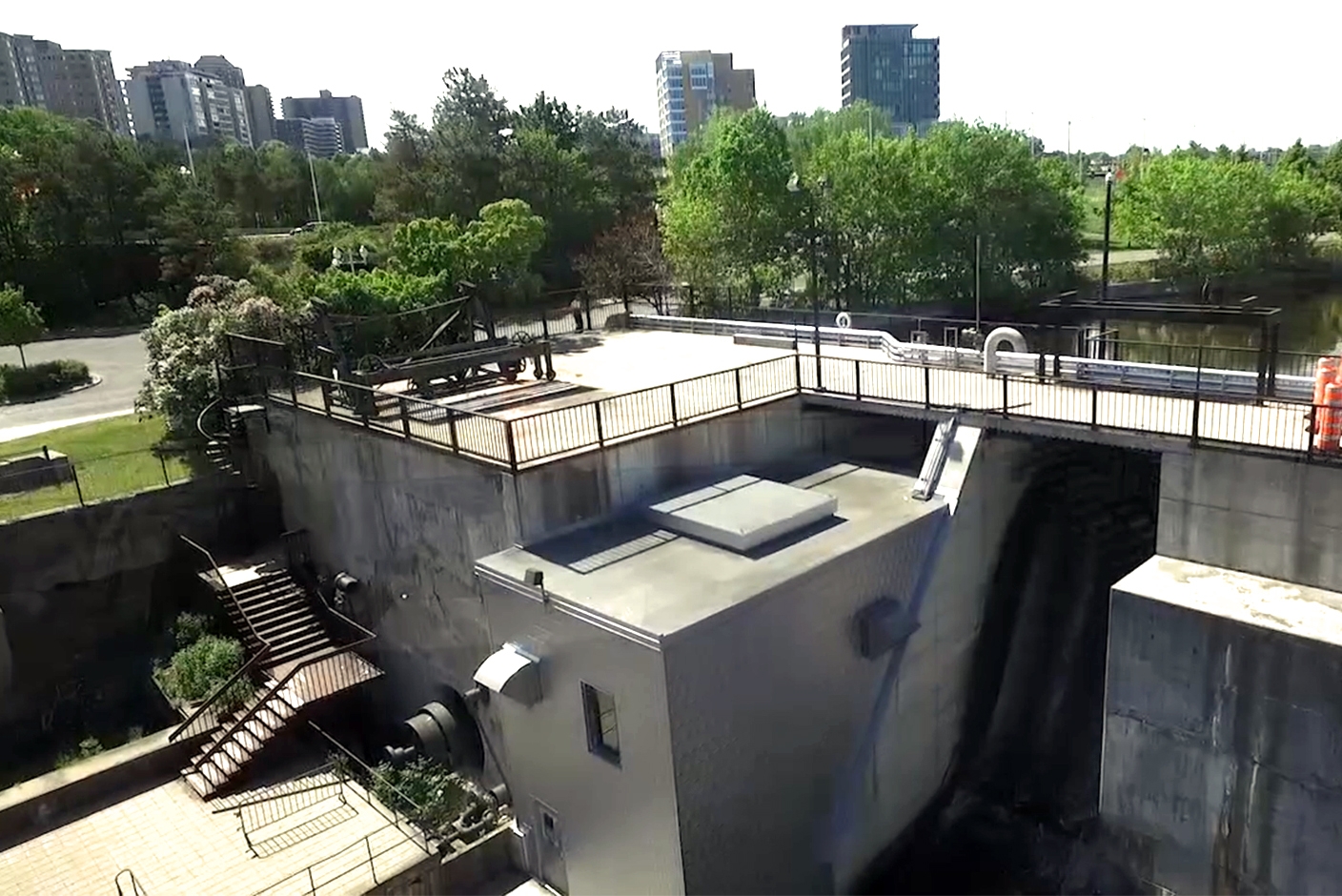 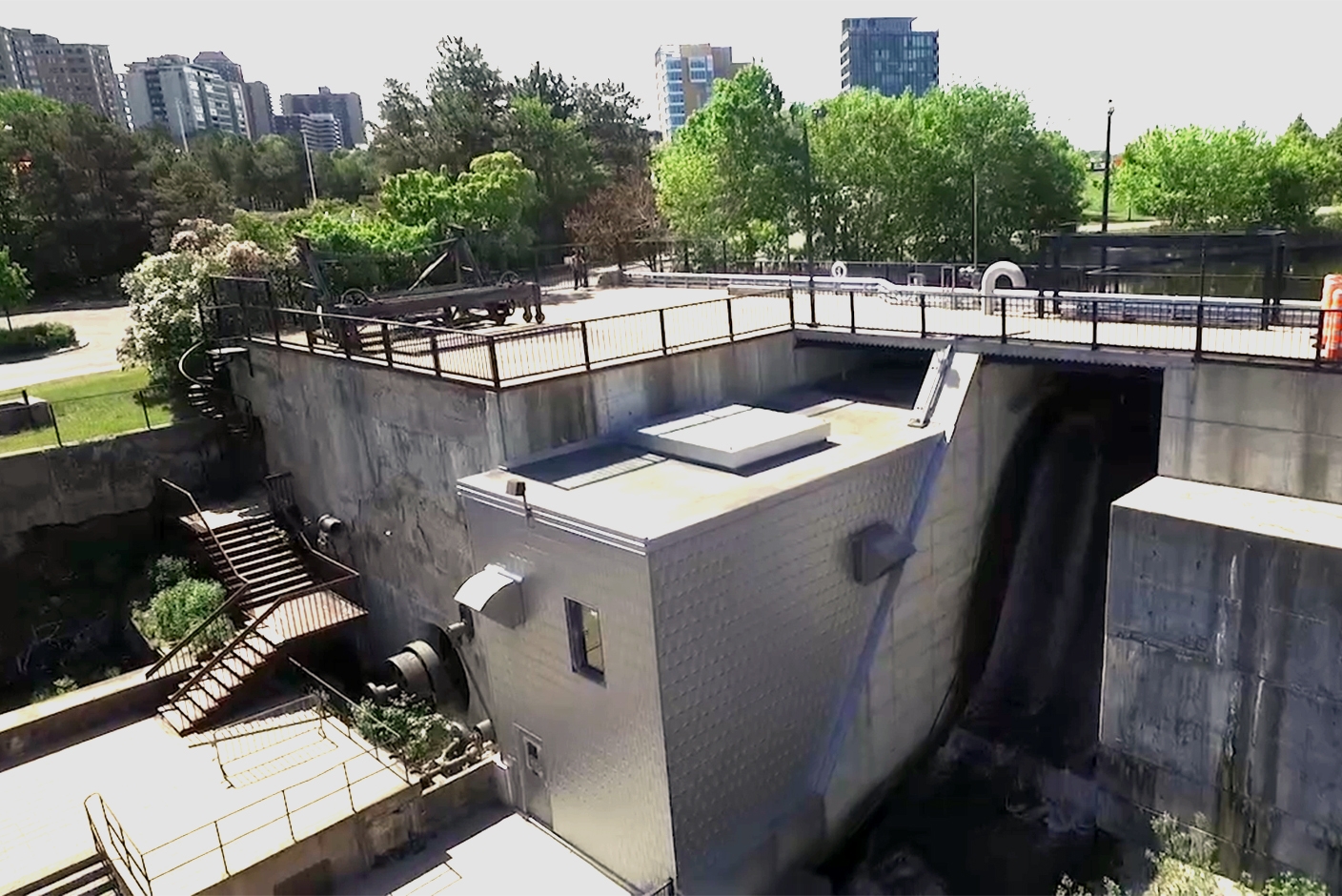 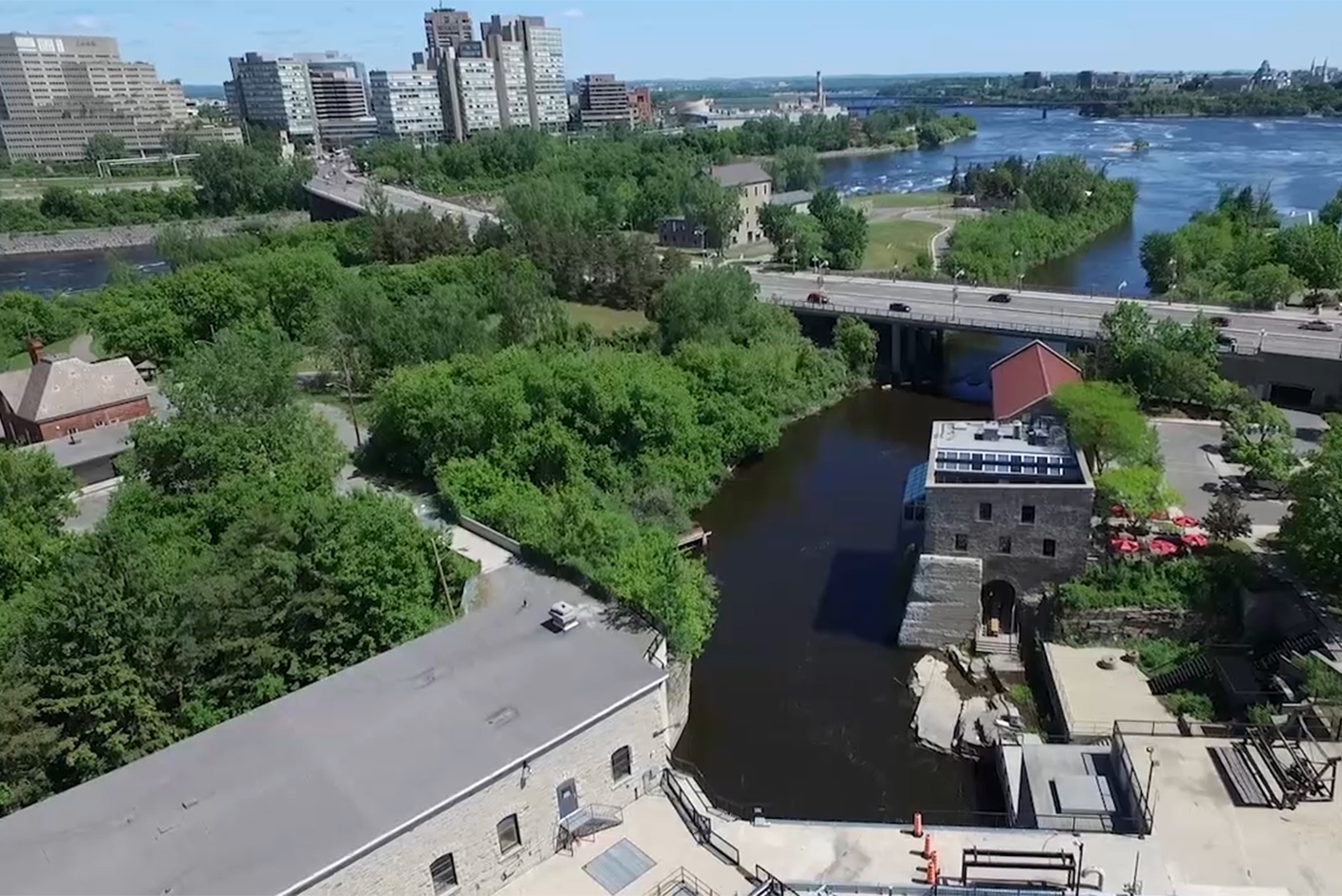 Visible from within Generating Station No. 2, the Grinder gets is name because it was once where the former Bronson Pulp Mill would grind pulp wood to make paper products.

Built by Portage Power in 2007, the Grinder Powerhouse provides 700 kW of green, renewable energy to the Ottawa area. The silver, box-shaped station uses an innovative technology to generate electricity. Developed by Energy, Mines and Resources Canada, who sponsored a scientific research and development program, a low head hydraulic turbine for small hydro plants was designed and manufactured.

Across the Ottawa River from the new generating station, on the other side of Chaudière Falls, sits the Hull 2 Power Plant (Centrale Hull 2).

In June 2016, Hydro Ottawa entered into a purchase and sale agreement with Hydro-Québec to acquire Hull 2, a 27 MW hydroelectric generating station on the Gatineau side of Chaudière Falls. Built between 1912 and 1913, Hull 2 did not go into operation until 1920, as World War 1 delayed the installation of German-built turbines. This generating station has seen many upgrades over the years; a third turbine was added in 1923, and in 1968, a fourth turbine was added – this unit was a Kaplan turbine, a tubular turbine on a horizontal axis, the only one of its kind in the Chaudière hydroelectric complex and the first in Quebec. The station is now being refurbished with all generators being rewound, turbines and control systems replaced and the addition of a new electrical interconnection to feed into Ontario. 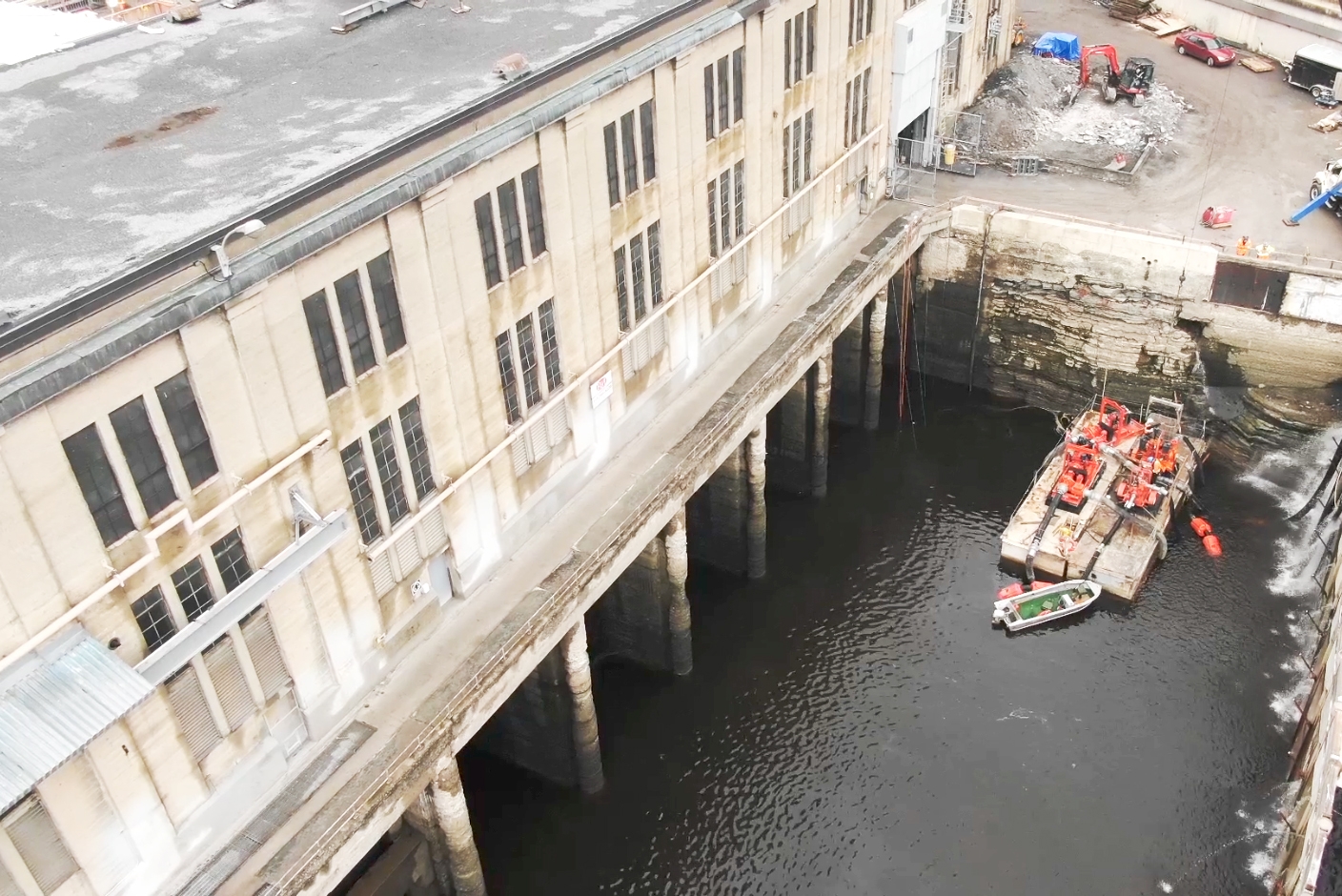 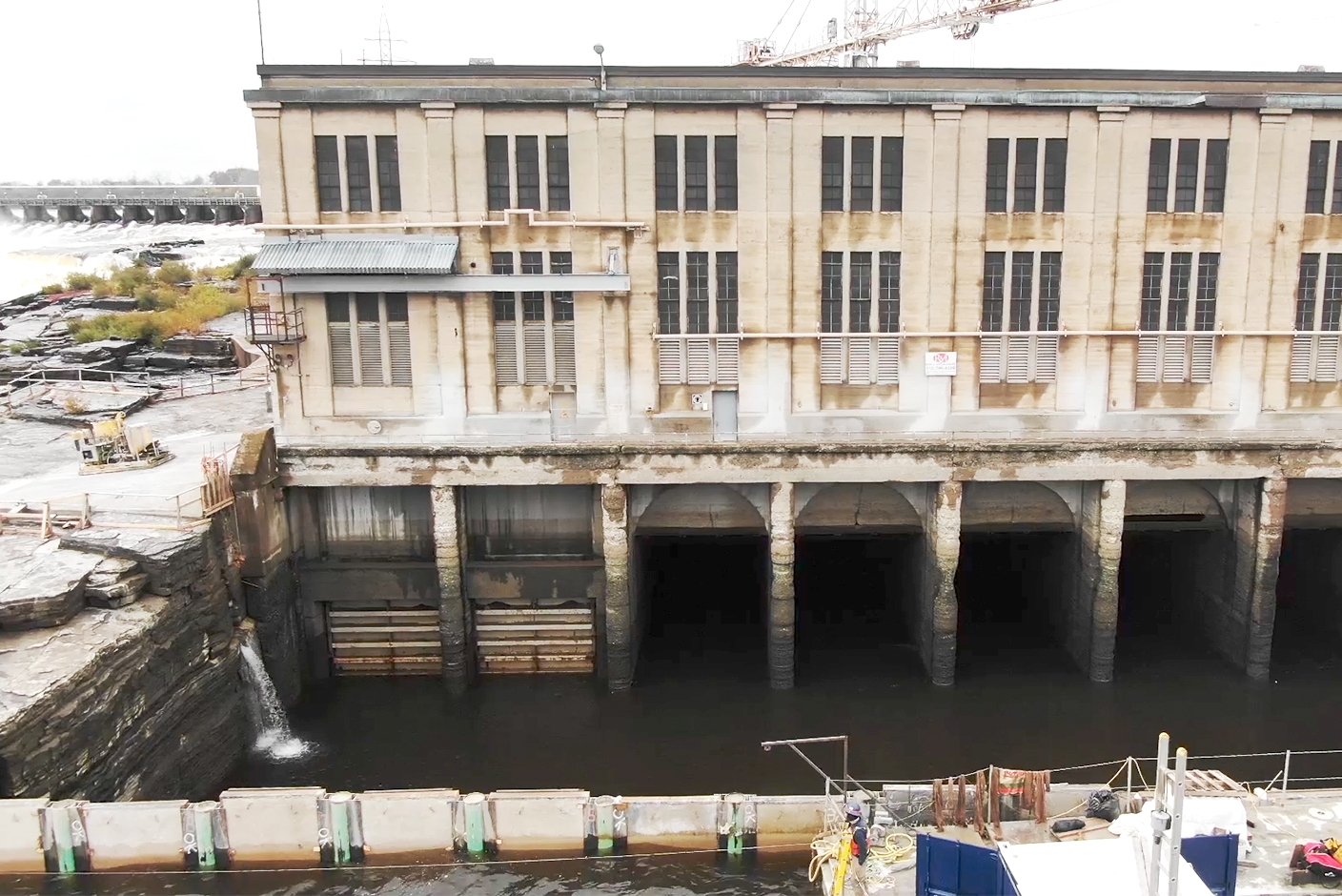 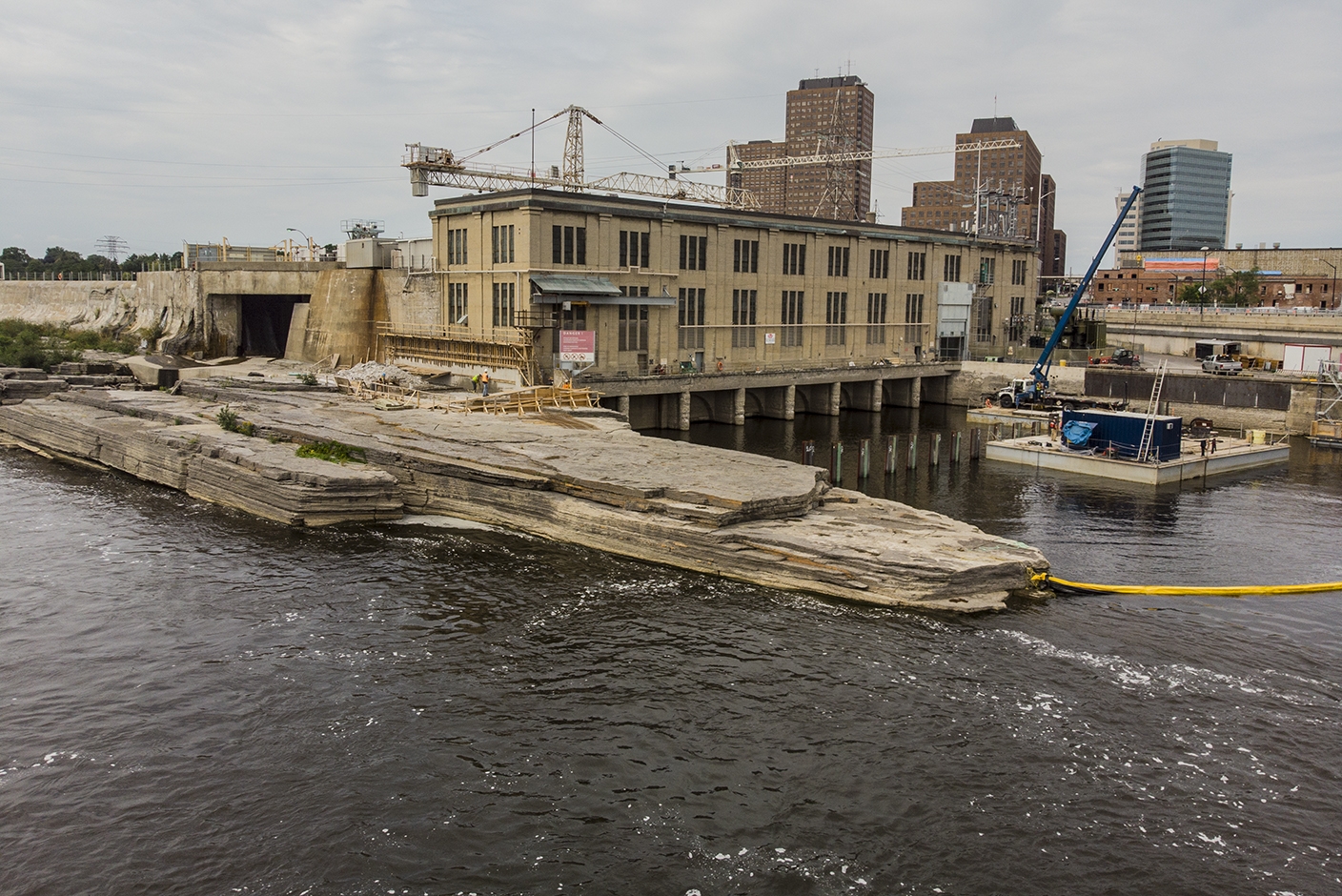 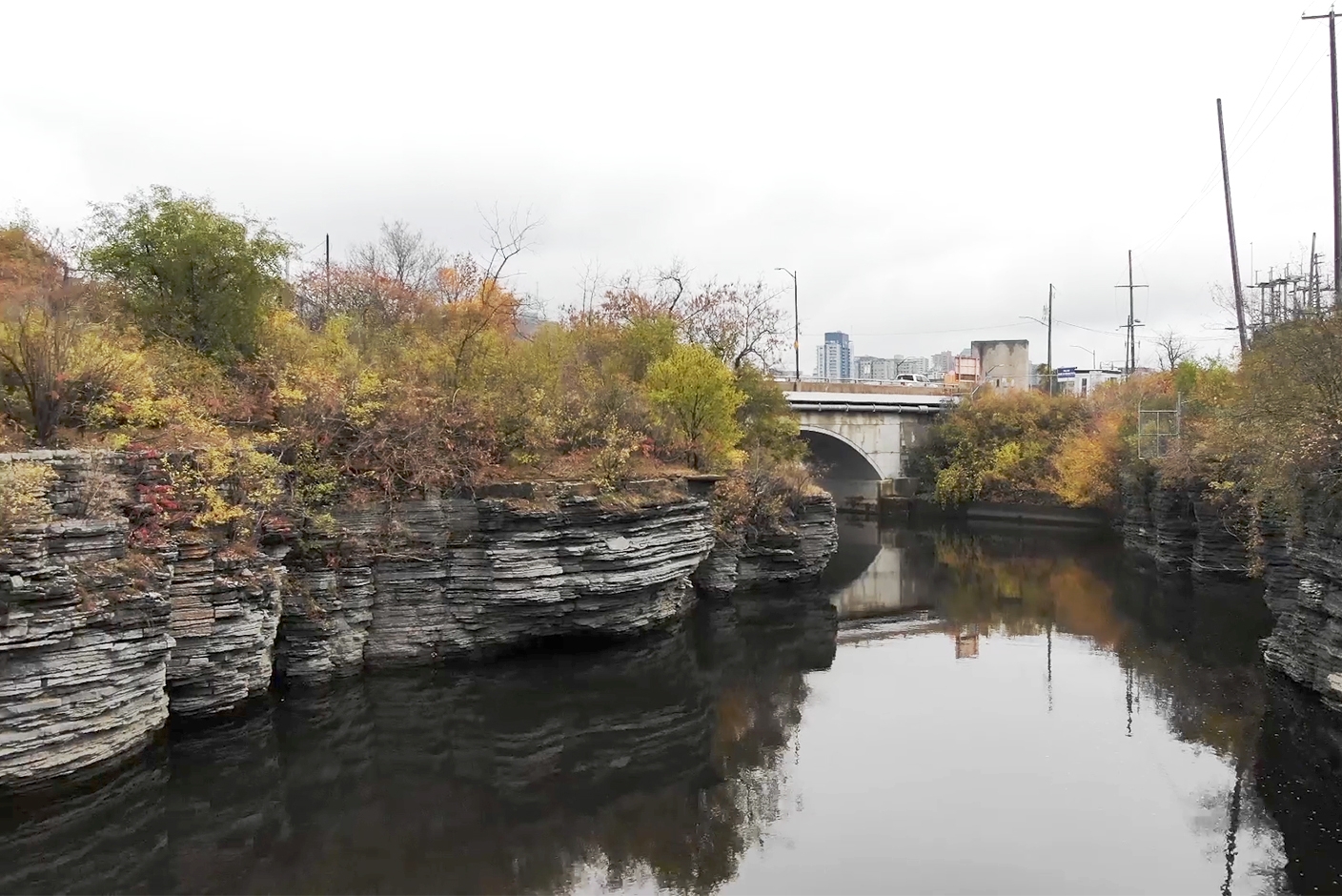 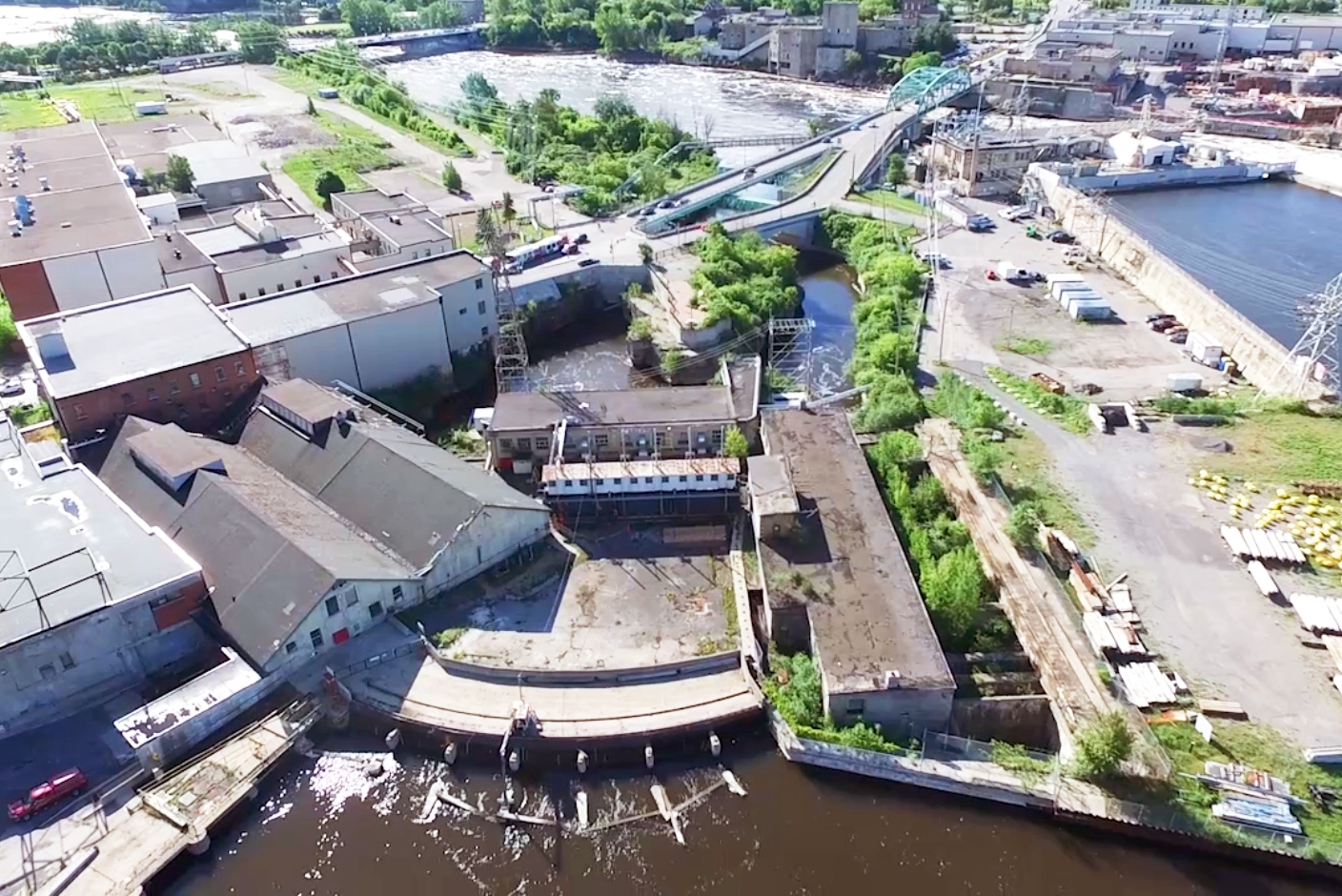 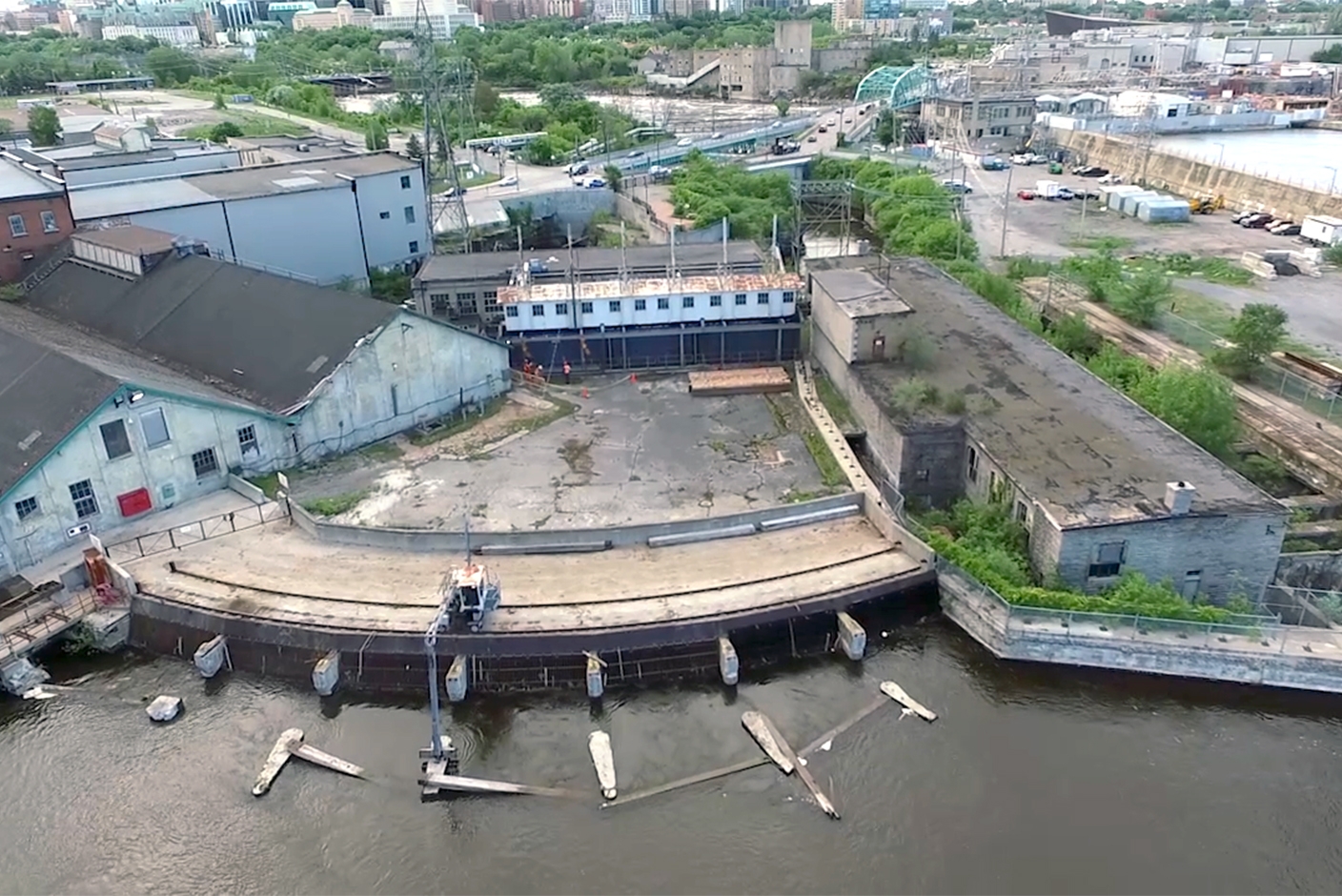 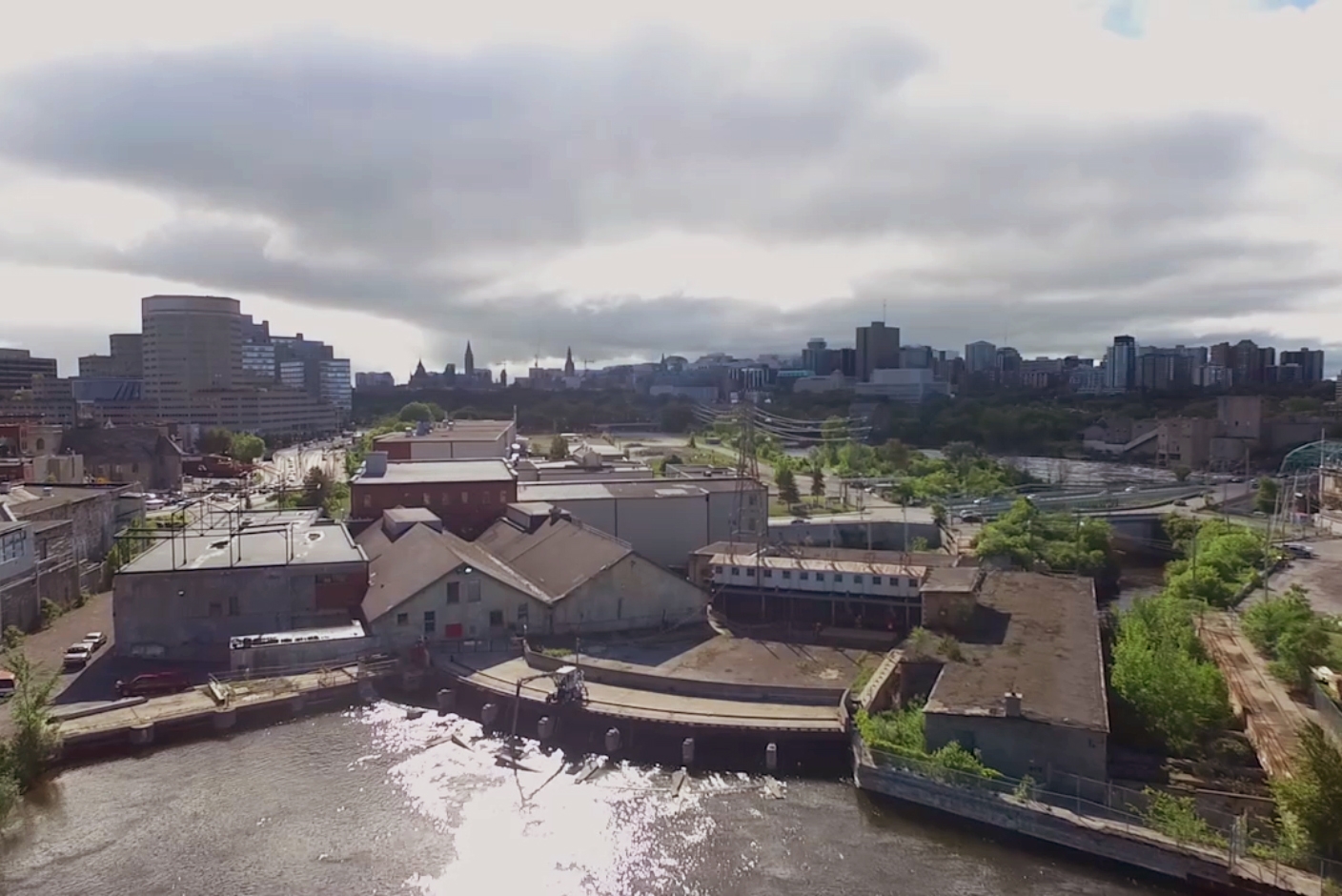 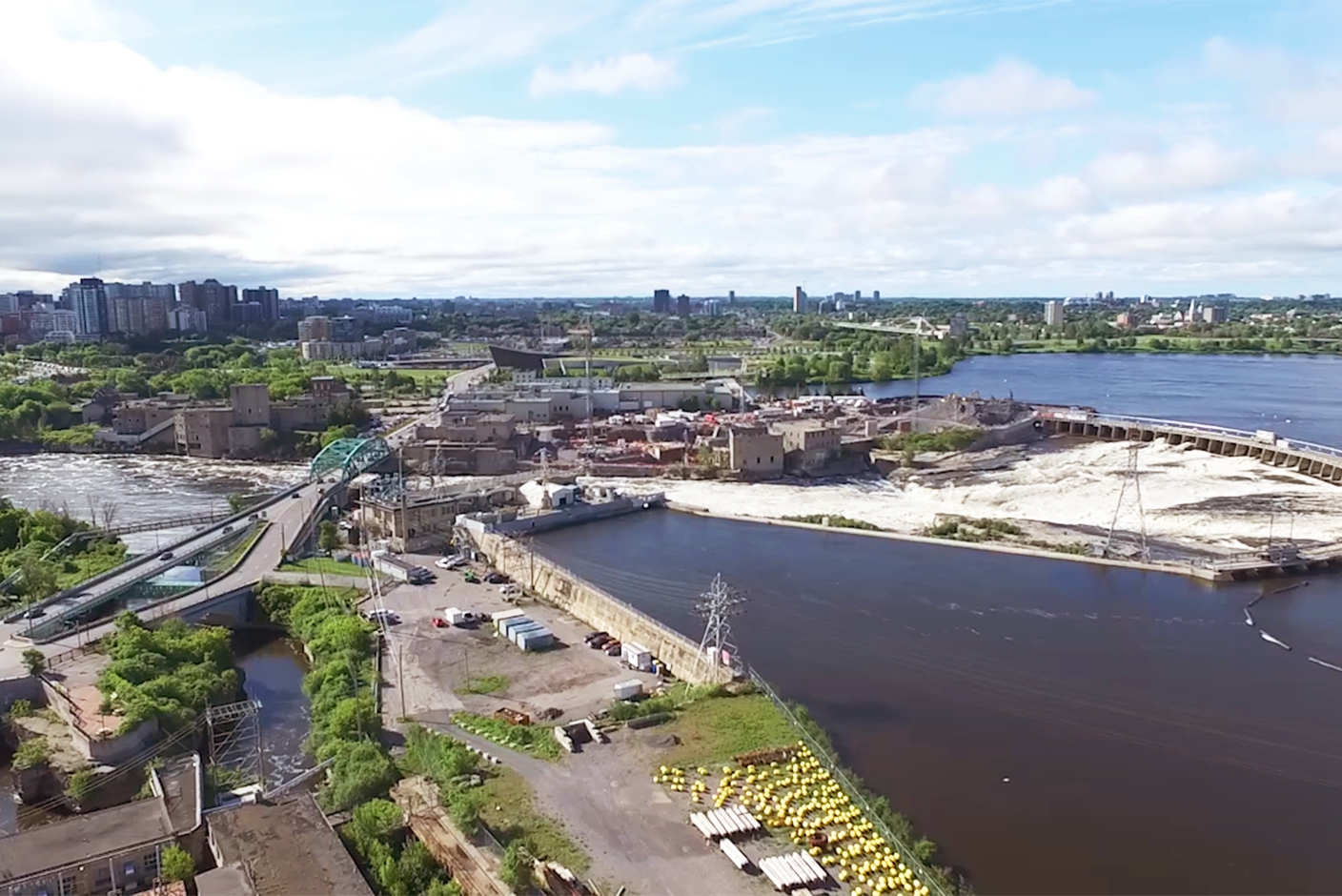 Located on the Gatineau side of the Ottawa River, Gatineau Station has a total installed capacity of 12 MW.

Built in 1912, by the E.B. Eddy Company, the station has been well maintained over the years and is currently undergoing a major rehabilitation which includes replacing turbines, rewinding or replacing generators, building a new electrical room, and automating the equipment. As with Hull 2, a new electrical interconnection to feed into Ontario will also be introduced.